Lack of representation inspires Smith to pursue career as teacher

For graduating College of Education senior Makayla Smith, the path to success wasn’t easy, or guaranteed – her success and achievement were earned through a long journey with experiencing self-doubt and struggles. However, through persistence and hard work, she eventually felt a sense of belonging and confidence about her future.

Growing up in Davenport, Iowa, Smith says a career in teaching was one she had always considered, though there were many lingering doubts.

“I wanted to make sure I was pursuing a career where I would be able to have a lasting impact on others,” Smith says. “I knew that teaching was a career that plays a strong role in the lives of many people.”

Smith is a first-generation college student – and as a result, she says she felt intimidated when the idea of college came up during high school. With her family’s support, and with some soul searching, Smith landed at the University of Iowa Initially, it wasn’t a smooth landing.

During her time at Iowa, Smith realized that as a biracial student, many of her struggles and uncertainty about her own path stemmed from a lack of representation in education.

As her self-awareness grew, her decision became clear.

“Realizing the lack of representation in schools is what really solidified my decision to go into education. When we don’t see ourselves represented, we are most likely to avoid that path, and I don’t want anyone to ever feel like they aren’t able to become an educator,” Smith says.

“My time in the Teacher Education Program taught me to be reflective, to listen, and to challenge perspectives so that my future students are seen, heard, and valued in my classroom,” Smith says.

And this triumph over her struggles would earn her the role as the College of Education Undergraduate Commencement and Teacher Education Program Recognition Ceremony student keynote speaker, an opportunity that Smith felt honored to achieve.

“I was shocked to say the least. After the shock set in, I was very proud of myself. Never in a million years did I think I would be asked to speak at graduation, and now here we are,” Smith says, who is graduating with a Bachelor of Arts in Elementary Education and a reading endorsement.

Smith also credits Saba Khan Vlach, assistant professor of elementary literacy in the Department of Teaching and Learning, for helping her along in her path to success.

“She made me feel empowered by teaching me how to be a critical educator. She taught me not only how important representation in the classroom is, but how to be representative in the classroom in ways that make sure students of color get to see themselves in a positive light and ways that teach students that they truly do belong,” Smith says. “I am so grateful for her love and support.”

Outside of the classroom, Smith built a sense of community and connection through her involvement with Dance Marathon, serving in leadership positions within the recruitment and retention committee.

“I had the privilege to connect with and hear the stories of so many families and work with so many people of various backgrounds,” Smith says. “All the experiences I had in Dance Marathon have greatly impacted how I see the world and how I will advocate for my future students and their families.”

As for her advice to future students, Smith offers words of encouragement.

“Everyone’s journeys and experiences are different, so do not compare yourself to others,” Smith says. “Be you. Find something you are passionate about during your time at the University of Iowa and do not be afraid to ask for help.”

To learn more about becoming an educator, visit Be a Teacher. 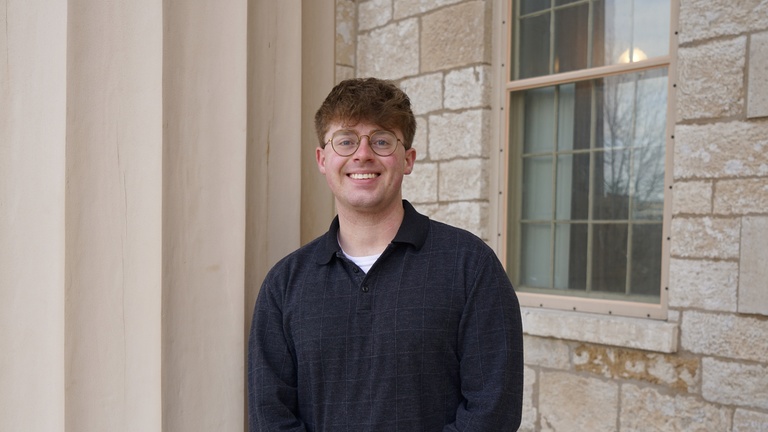 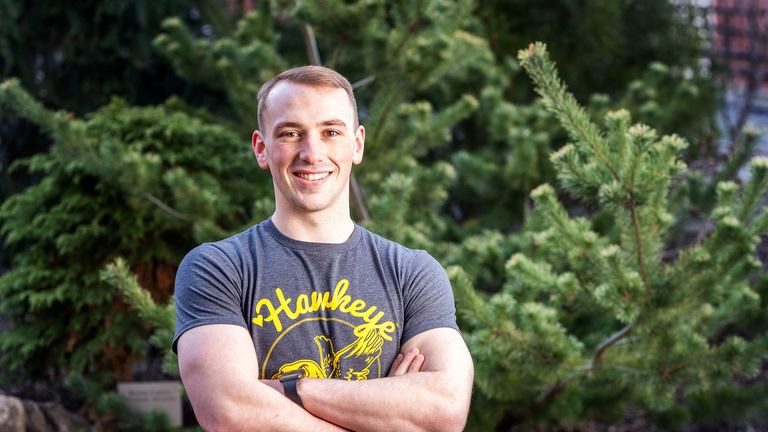 Delivering fun to the science classroom

Wednesday, May 11, 2022
University of Iowa Office of Strategic Communication
Teaching runs in Zac Gavin’s blood. The soon-to-be University of Iowa graduate will become part of the third generation of teachers in his family, and he can’t wait to inspire future generations at his alma mater in Maquoketa, Iowa.