David C.M. Samore (BA '75) was named the Florida Principal of the Year in 2015 and in 2021 David was awarded the "Officer's Cross of the Order of Isabel la Católica" from King Felipe VI of Spain for distinguished service building cultural and linguistic bridges between the United States and Spain.

Kari Weaver (BA '00, PhD '21), was named the director of the Cleveland Institute of Art’s Jane B. Nord Center for Teaching + Learning, serving in this leadership role when it opened for the 2022-23 academic year.

James Jorgensen (PhD '14) was hired as the new vice president for legal affairs and general counsel at the University of Iowa, beginning Sept. 30th.

Sarah Lobb (MA '14) joined the College of Education Office of the Dean during the summer of 2022 as its new faculty affairs manager.

Daniel Elchert (MA '17, PhD '18), has been appointed as the incoming chief executive officer (CEO) of the National Register of Health Service Psychologists based in Washington, D.C. He began serving as the director of strategic partnerships in July of 2022 and will serve in that role until current CEO, Morgan Sammons, retires at the end of 2022.

Jay Gorsh (PhD '19), was promoted to the role of director of School of the Wild when it became part of the College of Education in fall of 2021 after serving as the assistant director of outdoor recreation and education beginning full-time in 2016.

Kathleen (Katie) Weiss (PhD ‘20) was named assistant professor at Des Moines University (DMU), along with her role as Instructional Design and Educational Support Specialist in the Center for Educational Enhancement.

Alex Lange (PhD '21) joined Colorado State University’s Higher Education Leadership Program in the College of Health and Human Sciences as an assistant professor in fall of 2021.

Kristina Brown (MA '21) is the dean of students at Tate Alternative High School in Iowa City.

Cory Jenness (EDS '21) was named the new superintendent of the Emmetsburg Community School District beginning in July of 2022.

Derek Gabel (MA '22) is the secondary math and science instructional coach and the middle school activities director in the Clinton Community School District.

Justin Cyboron (MA '22) has accepted the elementary principal position at the Iowa School for the Deaf in Council Bluffs for the 2022-23 school year.

Melissa Ford (PhD '22) is the director of special programs and special education in the Grinnell-Newburg Community School District. 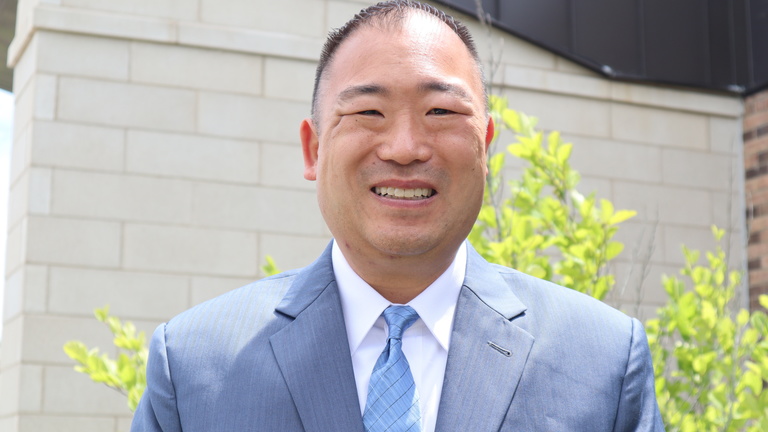 Tuesday, September 20, 2022
Jhoon “Jake” Chung of Arlington Heights, Illinois, has recently taken on several new leadership positions with his career and the University of Iowa.