Seeing and Being Seen

“Stories matter, and it matters who gets to tell those stories,” says Saba Khan Vlach, assistant professor in Literacy, Culture, and Language Education at the University of Iowa College of Education.

“Scholars and authors of Color have been feeling this tension that their voices are not being represented properly in this world of children’s literature.” 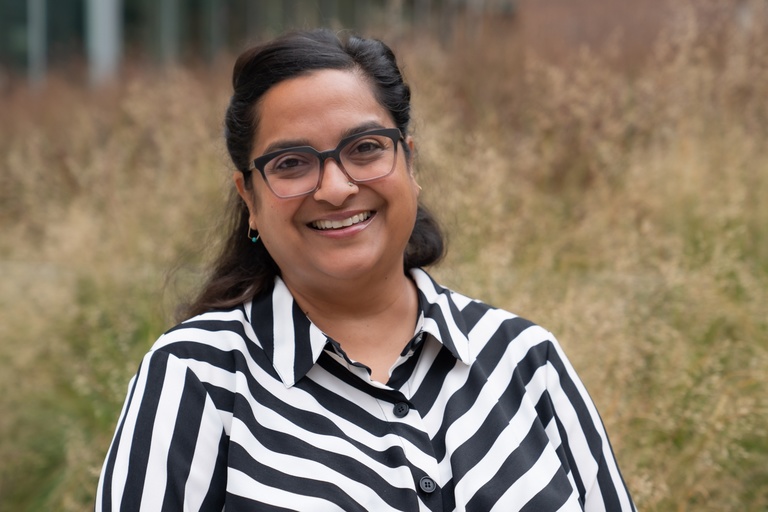 Vlach focuses on empowering educators to teach critically through children’s literature and to examine how children’s literature is utilized by teachers to help students develop their own critical consciousness and maintain cultural competence. Her research also explores learning about issues of inequality, inequity, and oppression at a young age.

The children’s publishing space itself is also overwhelmingly white, with 83% of authors and illustrators identifying as white.

“We have a higher percentage of children of Color than we did a decade ago. Now we have young people of Color in the K-12 institution using curriculum materials and resources that present the stories and images of the dominant group-the white, middle class, Christian person. And that creates an image of who belongs in this nation and who does not belong,” says Vlach. “Representation matters. We need to support our young people of Color in understanding that they do belong, and they are American. And their stories do not need to align or try to fit in with the dominant group’s story.”

Vlach also says that representation in children’s literature is not only meaningful for children of Color, it is also important for white children to see other stories being told.

“White children in the United States need to understand that their story is not the only story. We need to share the opportunity to hear the perspectives and lived experiences of people who come from different places or identify in different ways,” Vlach says.

While including literature featuring and written by diverse and complex identities as part of K-12 curriculum is an important step, having meaningful and critical conversations is a key aspect of culturally-competent education.

“It’s great to have a good book, or video, or song. These are sources that can help alleviate some of the tension for teachers in addressing issues of injustice in the context of school, but when you read a book and then move on to the next topic or lesson, it is not transformative. It’s an add-on,” says Vlach. “It perpetuates difference, and perpetuates single stories. It continues to allow the dominant narratives of white American culture to be the standard. We will never disrupt these narratives or break barriers if we don’t have conversations around racism, inequity, and oppression.”

Vlach says that these conversations should be happening in all classrooms regardless of age or grade-level.

“On one hand, the common sense of our society says children, whose innocence we want to preserve, are too young, but all children should have these conversations. It is likely that they are already having them. They are having them with each other and having them on social media. They are seeing racism and injustice in the TV shows they watch,” says Vlach. “Babies can do it, kindergartners can do it because they are experiencing it too. Why are we trying to pretend like children are not talking about race and culture and language? We need to honor their knowledge. As educators, we cannot allow partial knowledge or misknowledge to keep perpetuating harm.”

While some administrators and educators believe avoiding these conversations with students is protecting their innocence, Vlach encourages us to examine whose innocence is actually protected by gatekeeping literature that depicts diverse and complex identities.

Vlach also says it is vital for educators to step out of their own safe spaces and seek out communities that are different from themselves to listen and collaborate.

“We need all of us coming together –listening, thinking, and pushing back in order to move forward,” says Vlach. “We all know that our history includes 400 years of humans being enslaved in the United States. And we know that right now people are murdered each day at the hands of the police and civilians because of the color of their skin.”

Vlach says that representation, or lack thereof, has a major impact on the way children and adolescents view themselves and their place in society.

“As a teacher, you are part of shaping the world view for young people. You are part of letting them know whether or not they can be the hero of their own story. So many of our young people in this moment and historically have not been able to center themselves. We need to be willing to acknowledge how far and hard our young children and adolescents of Color are having to stretch to find hope and representations of themselves where they get to be the hero,” says Vlach.

Read more from the Annual Report