Two individuals from the University of Iowa College of Education were recognized Friday, April 6, for honoring and carrying on the legacy of Audrey Qualls. 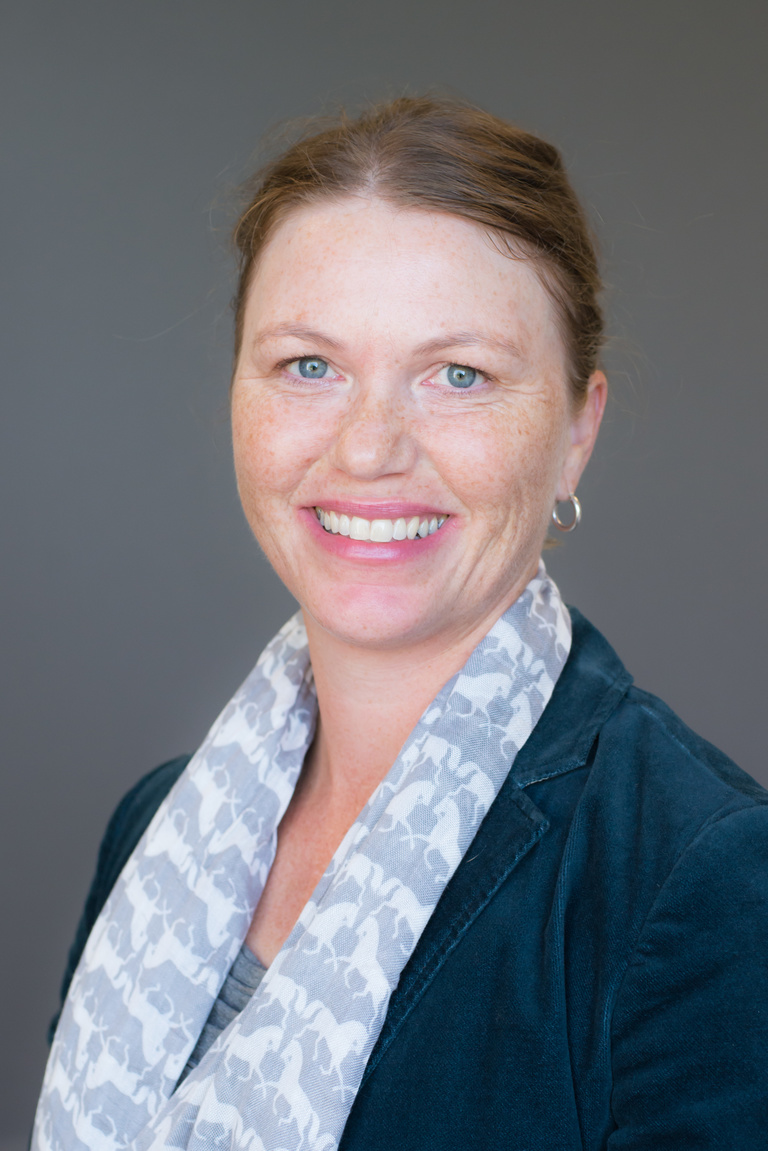 Carla Gonzalez, a doctoral student in the Schools, Culture, and Society graduate program in the UI College of Education Department of Educational Policy and Leadership Studies (EPLS), and Leslie Locke, an EPLS assistant professor, regularly go above and beyond to create and implement diversity initiatives and to support marginalized students.

Gonzalez and Locke were honored with the Audrey Qualls Commitment to Diversity award for these efforts on Friday, April 6 at the University of Iowa College of Education.

The Audrey Qualls Commitment to Diversity Award is named in memory of Professor Qualls who was a student and faculty member in the Department of Psychological and Quantitative Foundations and Iowa Testing Programs from 1982-2002. She was widely known for her commitment to students and advancing and advocating for issues of diversity in the college and across campus. The award is given to College of Education faculty, staff, and graduate students that actively support diversity initiatives, programs and educational opportunities.

The award was given as part of the University of Iowa College of Education 2018 Diversity in Education Conference, which featured several breakout sessions on issues surrounding diversity including, processing discomfort, gender and sexuality, disability, stress inoculation training for African American adolescents, promoting parental involvement in education among diverse groups, a history of inequality in the United States, and navigating unexpected and emotional interactions in the classroom.  The conference is organized annually, coordinated by the UI College of Education Diversity Committee.

More than 35 teachers from school districts locally and across the state also are participating in professional development training sessions on Saturday, April 7 for Iowa Licensure Renewal Units, and more than 80 people registered for the two-day conference, including a group of students and a faculty member from University of Central Missouri.

"The future success of the University of Iowa and the College of Education depends on a wide range of perspectives that create generative discomfort with the status quo and promote the kind of transformation that will help us meet the grand challenges of today and tomorrow," says Amanda Thein, Associate Dean for Academic Affairs and Graduate Programs, and Professor of Language, Literacy, and Culture.

Gonzalez orchestrated the formation of a Latinx student organization in the College of Education and played a pivotal role in organizing the first Latinx Education Excellence in the Midwest Conference.

“A commitment to diversity and representation in education has driven all of Carla’s research and has inspired her to be an active force working to create real change in the College of Education,” says Gonzalez’s classmate, Kristen Chmielewski.

Locke volunteers her time and expertise as part of the UI speaker series at the Iowa Medical and Classification Center, teaching incarcerated students about inequality in the United States. She is an active and certified participant of the UI Building University of Iowa Leadership for Diversity (BUILD) initiative. Additionally, Locke’s open-door policy for her students has led to many opportunities for scholarly discussions that translate into collaborative research projects.

Exemplifying why she received this award, Locke was unable to attend the awards ceremony because she was offering training. Locke also participated in a breakout session in the afternoon, "A Timeline History of Inequality in the U.S.," presenting with Schools, Culture, and Society doctoral candidate, Liz Getachew, who nominated Locke for the award. Locke is also presenting a film screening on Saturday as part of the Diversity in Education Conference 2018.

“Her continued dedication enhances UI efforts to create an inclusive environment. She exhibits excellence in not only her teaching styles but also by how she positively impacts those who come into contact with her,” says Getachew. “She is an asset, not only to the College of Education, but also to the university and a standard bearer to the renewed Iowa promise of ‘Great Opportunities-Bold Expectations’.”