Robert Brennan has made a lasting mark on the field of education over his almost 50 years of service. He came to the college in 1994 after working with American College Testing for 18 years in various capacities, including Assistant Vice President for Measurement Research and Distinguished Research Scientist.

Michael J. Kolen has served the field of education in many roles—researcher, writer, speaker, teacher, mentor, and leader. The contributions Kolen made throughout his 38-year career rank among those of the most distinguished members of the educational measurement community.

In addition to conducting research, teaching, and supervising his students’ dissertation research in the higher education program, Paulsen also worked with the Office of the Provost as a consultant, served for over 20 years on the editorial board of Research in Higher Education, and served on the editorial board of College Teaching for over ten years.

After retirement he plans to continue to serve as the Series Editor of the annual volumes of the scholarly book series, Higher Education: Handbook of Theory and Research.

Paulsen says he will miss interacting with the great colleagues and students he has been blessed to work with over the years. 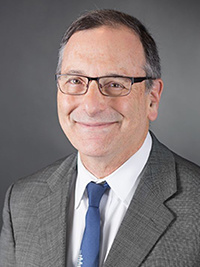 Tom Rocklin’s 30-year educational career has encompassed a wide variety of roles. He first came to the college in 1986 in the Department of Psychological and Quantitative Foundations. Later, in 2012, he became a professor in Higher Education and Student Affairs.

During his time in the provost’s office, Rocklin began the Student Success Team (SST), aimed at improving undergraduate student success. The SST now has over 500 members and is responsible for many significant initiatives including On Iowa!, early intervention programs for at-risk students, and The IOWA Challenge.

Rocklin was also an early champion of UI REACH, a two-year transition, certificate program for students with multiple intellectual, cognitive, and learning disabilities, one of the first of its kind in the nation when it was created in 2008.

“We were so grateful to know that we could turn to Dr. Rocklin at any point,” says UI REACH Director Emerita Jo Hendrickson. “When he spoke to in-coming students and parents at summer orientations, they felt truly welcomed to, and a part of, the university.”