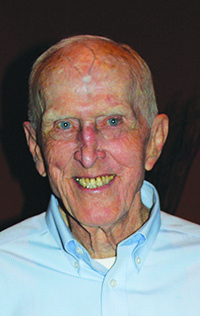 Walter James Foley, a highly-respected administrator and educator, died on August 15, 2016. In 1965 he was named the Director of the Iowa Educational Information Center at the University of Iowa. Two years later he was promoted to Associate Professor, then to the rank of Professor. Foley served as the UI Director of Student Development from 1971 through 1973. He returned to the University of Iowa College of Education and taught administrative education until his retirement in 2003.

During his career as a professor, Foley took pride in his ability to teach and enjoyed mentoring doctoral students. He served on hundreds of thesis and dissertation committees, 78 as chair. He spent countless hours working with Korean and other international students and twice spoke at the Korean National University. He served as a mediator and arbitrator for the Public Employment Relations Board, and was known for his dispute resolution acumen throughout the state.

“Walt was a warm and wonderful man with a great sense of humor. He made me feel welcomed when I moved into the office next door to him,” said Liz Hollingworth, who shared a wall with Foley during his time at the College of Education.

Mike Havercamp, who grew up in the Foley’s neighborhood and has been close friends with the family all his life, said of Foley: “Walt was an educator and administrator in the absolute truest sense of both words. As he was fond of pointing out, ‘administrator’ came from the word ‘administer’ which came from ‘minister’ which meant ‘to serve the needs of someone.’ He stressed that good administration was serving the needs of those who served children.”

“As a high school dropout who rose to the absolute top of academia, his every action embodied his belief in the goodness of people, and power of learning,” he added

“It is easy to see how his influence in educational institutions throughout the world will carry on far into the future.” 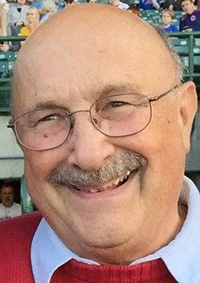 E. James Maxey (MS ‘59/PhD ’67), a dedicated and respected educator, passed away on May 26, 2016. Maxey taught at Iowa City High School early in his teaching career before joining the American College Testing center. There, he worked as a Senior Research Scientist for many years.

At the University of Iowa he served as a respected Adjunct Professor in the area of Educational Statistics and in the Division of Continuing Education.

“Many of Jim’s students went on to take my Design of Experiments class. He was a tough act to follow! Jim was so dedicated to teaching, that just a few years ago, he sat through my course for an entire semester,” faculty colleague Timothy Ansley said.

“He wanted to be sure that his course would adequately prepare students for mine. During the course of the semester, Jim discussed class topics with me. I benefited greatly from his insights on the course content and teaching.” 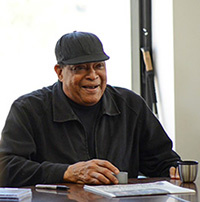 Al Jarreau (MA ‘64), a world-renowned jazz musician, died on February 12, 2017. He graduated from the University of Iowa College of Education in 1964 with a master’s degree in vocational rehabilitation. After graduation he moved to San Francisco, where he worked as a rehabilitation counselor during the day and moonlighted with a jazz trio. After much success, Jarreau decided to make jazz music his full-time career in 1968.

He won his first of seven Grammy awards in 1978, and won his last in 2007. Jarreau fought for the importance of literacy and music in chil-dren’s lives by working with several programs to promote literacy in the U.S. and donating money from album sales to literacy programs across the country.

Jarreau visited the College of Education in 2014 as part of the college’s Distinguished Lecture Series.

“I was touched by his kindness, energy, generosity, and good humor.”

Orville Townsend remembers meeting Jarreau during his freshman year at the University of Iowa.

“Al loved music. He would jump at every opportunity to share his passion. He used to perform at a nightclub in Cedar Rapids called The Tender Trap and he would turn the place out,” Townsend says.

“I got a chance to talk with Al when he performed in Iowa City last year and he was still a down-to-earth guy, and the master of his style of music. He will be missed.” 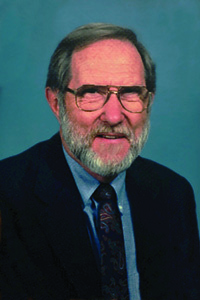 During his career at the university, he served as the interim Dean of the College of Education for a period during the 1980s, and chaired both the Division of Instructional Design and Technology and the Division of Psychological and Quantitative Foundations. He worked with dozens of doctoral and master students across the university in education, psychology and the health professions. Additionally, he frequently traveled across Iowa teaching extension classes and establishing off-campus masters programs. Schoer also participated in international work at the University of Yucatan in Merida, Mexico.

Following his retirement from the university in 1998, he served on the Iowa District East (LC-MS) Board of Directors, was a member of the Commission on Theology and Church Relations (CTCR) at the national level, and served on the national Board of Higher Education.

“If you ever wondered where he was when you dropped in to see him but he seemingly wasn’t around, he was in N326 LC writing our first strategic plan. That office was vacant at the time and he used it as his getaway to think and write. He was a very good man,” Bettina Hass said, who worked for Dr. Schoer from 1987 to 1991 at the University of Iowa College of Education. 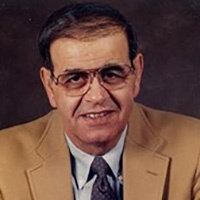 Elias Robert “Bob” Stephens (PhD ‘66), an influential educator, passed away on February 9, 2017. He earned an undergraduate degree from Morningside College, a Master’s Degree from Drake University, and a Ph.D from the University of Iowa.

From 1966 to 1971 Stephens was a faculty member at the College of Education. He designed the framework for the Iowa Community College and AEA system.

“I was proud to be able to co-author an 80 plus page monograph with him over the past few months on the Iowa System of Area Education Agencies. He was a loyal University of Iowa graduate who could not wait to move back to the Iowa City area after his retirement and sub-sequent loss of his wife. He was a season ticket holder for as long as he could to both Hawkeye basketball and football games,” says Ronald S. Fielder, a colleague of Bob’s.

Stephens went on the serve as a Professor in the Department of Education Policy and Planning at the University of Maryland from 1971 until his retirement in 1994. His research was primarily focused on educational service agencies and rural education. Even in retirement, he was heavily involved in supporting the mission of the Association of Educational Service Agencies (AESA).