The love of teaching is passed down from generation to generation

Her father, Greg Dietz (BS ’88), moved back to the Chicago suburbs to teach science and coach football in the Maine Township school district in Park Ridge, Illinois after graduation.

Years before Greg’s graduation, his father and Megan’s grandfather, DuWayne Dietz (BS ‘52), graduated from the college. Additionally, he was a Big Ten Champion for the track and field team, and a member of the ROTC.

After graduation, he served in the Army during the Korean War, then taught Physical Education at Sterling High School in Sterling, Illinois, where he also coached football, track, and wrestling for 33 years. 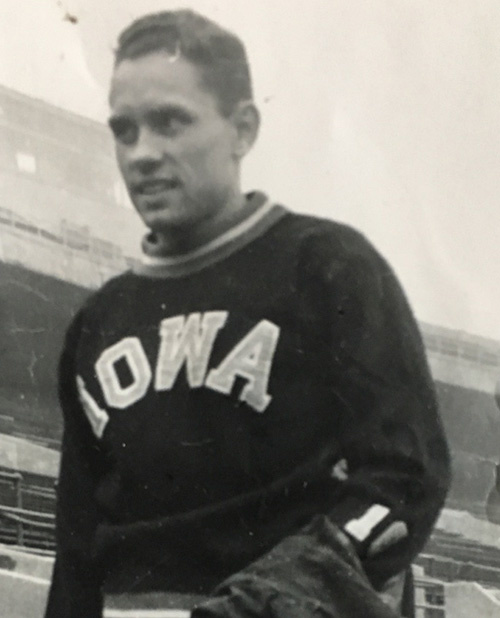 A photo of him with track friends can be found on the wall of the Tailgate store here on campus. He passed away in 2012.

“I have grown up cheering on the Hawkeyes. I vividly remember road trips to Iowa City for football games, and for job fairs,” Megan says, who is graduating this spring with a degree in Elementary Education.

She served as a reading practicum student at Coralville Central in a 6th grade classroom, and is currently student teaching in a 1st grade classroom at Garner Elementary School in North Liberty.

“Studying education at Iowa has been my dream ever since I began talking. I knew that no matter what happened, my heart belonged at the University of Iowa,” Megan adds. “My parents have enjoyed seeing how the college works in the current day. They admire all of the College of Education faculty and how they have helped mold me into the teacher I am today.”

Miner’s mother, grandmother, and grandfather all graduated from the College of Education.

Miner’s grandfather, Paul Edward Johnson (MA ’66/ EDS ‘70/PhD ‘73), taught at Marion High School for a year before moving on to Davenport West High School, where he taught until he became Assistant Principal. Then, in 1985 he opened Davenport North High School and served as the school’s first principal until his retirement in 2005.

“I am sure the skills I learned in the College of Education helped me to be selected to open a new high school in one of Iowa’s largest and richly diverse cities,” says Johnson.

He also enjoys having season football tickets since 1962 and enjoys following the Hawkeyes with family at bowl games.

In retirement she continues to volunteer, travel, and manage her farm.

“The college provided us with outstanding preparation for the skills we both needed to achieve the various positions we held and to successfully perform in each. I am thankful for the outstanding training I received at the College of Education,” says Johnson. 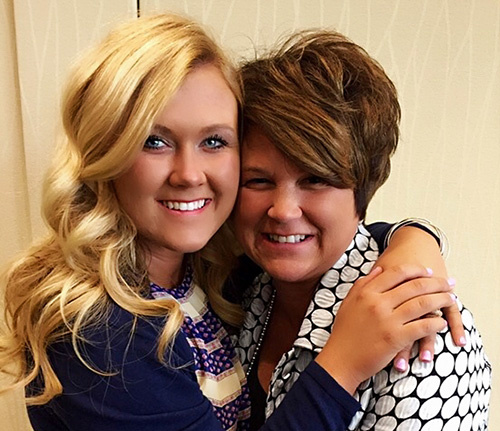 Finally, Miner’s mother, Jyll Johnson Miner (BA ’89), was hired straight out of Iowa to be a 3rd grade teacher in the growing district of Johnston, a suburb of Des Moines. She stayed in Johnston ever since and she says has been blessed to advance professionally as the district grew. Since 2000 she has been the math and science coordinator for the Johnston Community School District.

Her undergrad years at Iowa were beneficial to her as she grew as a teacher. She especially enjoyed her summer intern-ship working in the Belin Blank Summer Institute, working with exceptional learners. Student teaching at Coralville Central Elementary School was a wonderful learning experience, she says. During the 1980s her training from Iowa in the method of teaching reading through whole language was pivotal in her obtaining her position in Johnston.

Having met her husband at the University of Iowa during their junior years, she still remembers many times he walked her to Lindquist.

“We have enjoyed having season foot-ball tickets to cheer on the Iowa Hawk-eye football team, including last year’s Rose Bowl,” she says.

After graduation in the spring, Miner plans to apply for jobs in the Iowa City and Des Moines school districts.

“There are great potential jobs in both places, I would be blessed to obtain a job in either area. Once I secure a job, I am hoping to start work on my master’s degree.”

“With my grandparents, as well as both my parents, graduating from the University of Iowa, I always knew I was going to end up a Hawkeye,” Miner says. 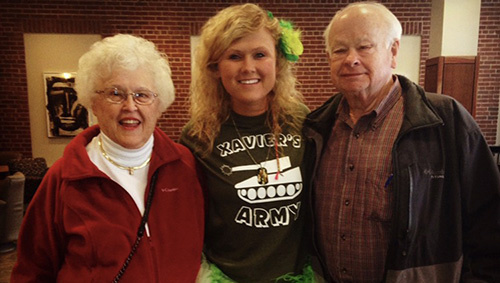 “Growing up coming to football and basketball games, I got to know the area really well. As I got older and started looking at colleges, Iowa was the school that stuck out to me over the rest.”

“I wanted to work with kids and be able to help them succeed academically. I always knew teaching was the career I was meant to pursue, but it took a little time for me to finally grasp the idea and walk in my grandparents’ and mother’s footsteps. I haven’t looked back since, and I am so excited to take on my final semester student teaching at Lincoln Elementary in both kindergarten and 2nd grade.”