For Iowa. Forever More: The Campaign for the University of Iowa Concludes as the most successful fundraising campaign in the history of the university and the state of Iowa

“What an amazing success for our college to receive such generous support from our alumni and friends,” says UI College of Education Dean Dan Clay. “This reflects the great work of the people in the college and the belief of others to make such substantial investments into the future of education. Thanks to Nick Colangelo, Dean Emeritus, and the College of Education family for their great work during this campaign. Our pledge is to use this support to advance our mission as one of the top colleges of education in the country.”

The campaign has benefited students, faculty, and programs throughout the College of Education, including DaVida Anderson, who strives to help underserved learners succeed. 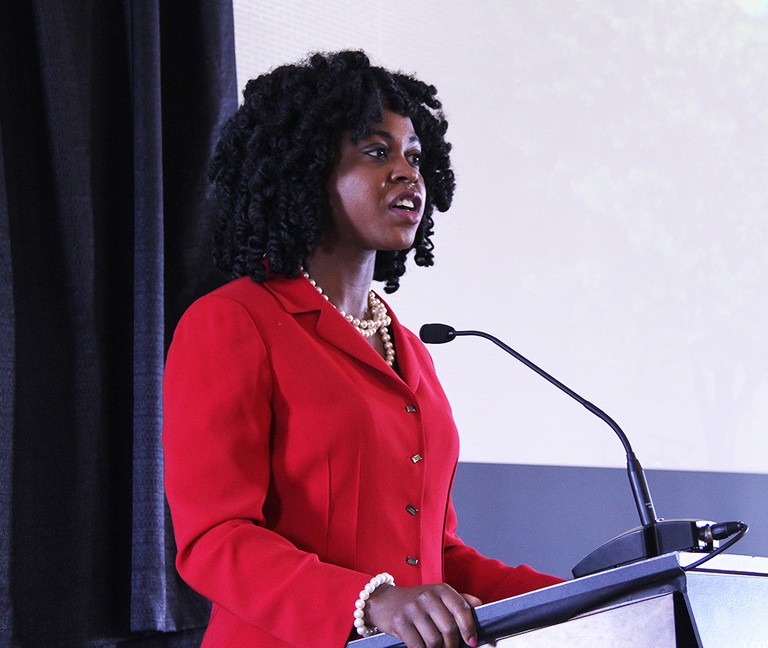 “With my research, I hope to be an advocate for those who do not have a voice and to provide better insight into the challenges they encounter,” says Anderson, whose work and journey would not be possible without private support.

When Anderson was deciding where to complete her doctoral degree, scholarship assistance was a driving influence. She had already amassed considerable student loan debt from her undergraduate and graduate institutions. While at Iowa, Anderson receives financial support from the ACT Scholars Program, which promotes multiculturalism and inclusion and was created during the For Iowa. Forever More. campaign. This scholars program is managed by the UI Graduate College on campus.

“The ACT Scholars Program provides an opportunity for underserved learners, like myself, to be a full-time scholar,” says Anderson. “For a long time, socioeconomic status has been a barrier for a lot of students. Without the ACT scholarship, I would not be able to afford to be a student and focus on my education.”

While ACT’s support has helped Anderson financially, its support has also helped her research interests. She worked in ACT’s Center for Equity in Learning, which supports research that focuses on closing gaps in equity, opportunity, and achievement. “This rare opportunity has made me an ambassador for ACT because their mission and my personal passions strongly correlate,” she says.

The UI Foundation is the preferred channel for private contributions that benefit all areas of the UI, and its mission is to promote the UI’s commitment to excellence through engagement and philanthropy.

For more information, please visit the college's page on the UI Foundation website.