DaVida Anderson, of York, Pennsylvania, is working toward a Ph.D. in Higher Education and Student Affairs at the University of Iowa College of Education. From the first day she set foot on campus, Anderson knew that UI was the best choice for her as an education researcher.

In 2015, Anderson became part of the ACT Scholar Program, which means her research is supported through scholarship funding. But, it goes beyond that. Anderson also worked in ACT’s Center for Equity in Learning that supports research focusing on closing gaps in equity, opportunity, and achievement. She also attended ACT’s Enrollment Planning Conference and presented her research findings in a companywide presentation, on ‘how to better make opportunities in higher education available for underserved students.’

“ACT and the University of Iowa got it right,” says Anderson. “ACT not only provides financial support, but they provide continuous development for my education. It’s making sure I have a holistic experience in and out of the classroom.”

The motivation for her research has its roots in Anderson’s undergraduate days at Purdue University. There, Anderson founded Strong Sister, Silly Sister, Inc.(SSSS), a resource for African-American women on college campuses. 2016 was the twelfth year of presenting the SSSS program. Anderson says this program provides support and mentorship to help young African-American women in predominately white institutions to “navigate and blossom in that environment.” 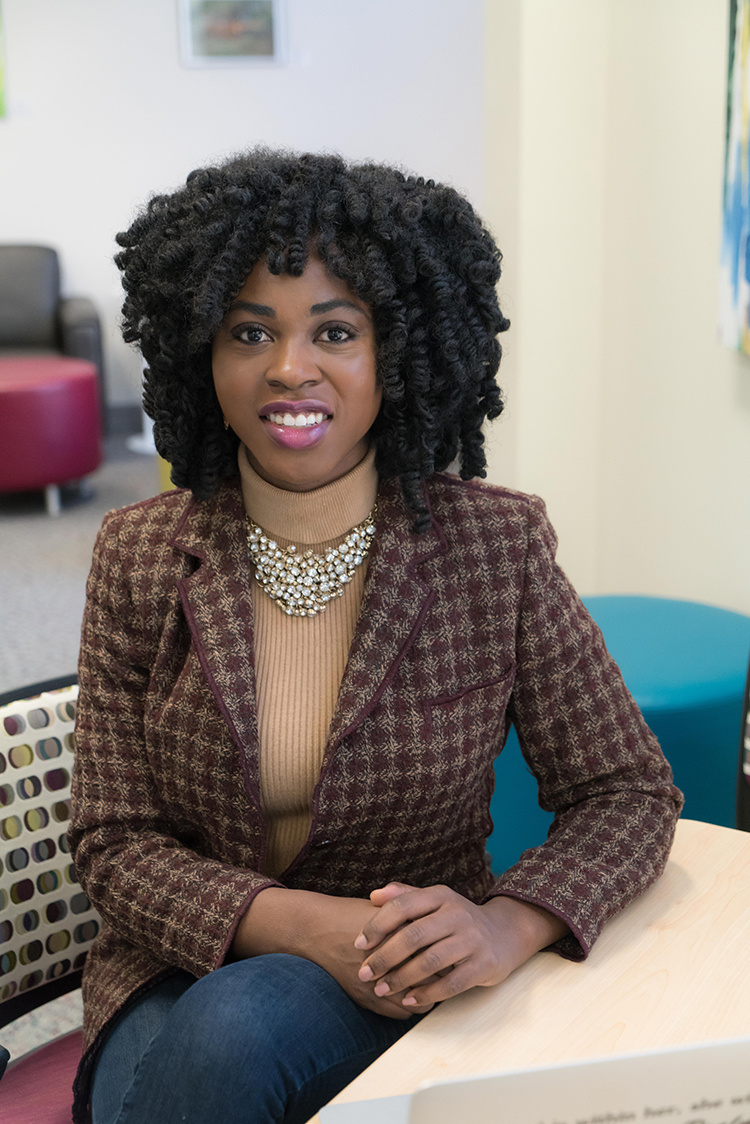 After graduation from Purdue University, Anderson entered the corporate world and simultaneously continued her work with Strong Sister, Silly Sister, Inc. as Executive Director. She realized that she was still very passionate about helping women and all college students, which lead her to seek and attain a master’s degree in Higher Education and Student Affairs from Loyola University. From there, she worked in various positions in the field of higher education, helping students develop into the best version they could become.

In her time at the UI College of Education, Anderson has received mentorship from her advisor, Assistant Professor Cassie Barnhardt, a higher education scholar, whose research addresses campus activism, campus climate, and civic engagement. Specifically, Barnhardt has shown Anderson the value of using mixed methodologies in research.

“It has been helpful to rethink my research methodology approach, and gain exposure to the utility of mixed methods when considering the interwoven identities of marginalized student populations,” explained Anderson.

During her search for the right institution in which to pursue her doctorate, Anderson looked at many locales. What she found at the UI College of Education was a very supportive Big 10 Research environment that fosters growth in those conducting research. She adds, it’s also a place where she feels appropriately challenged.

“When you look at the University of Iowa’s faculty in the Higher Education and Student Affairs program, they are all accomplished in their own right in our field,” says Anderson. “I felt like this would be a place for me to further develop. I could definitely jump in on the deep end while knowing that, on the perimeter, my faculty were right alongside me making sure that I will achieve.

The other thing that attracted me to UI is the entire intellectual community. My peers create an environment that promotes critical thinking, and I’m thankful for that. When you think about who you’re learning with, it’s just as important as what you’re learning.”

Anderson, who is also a 2017 Obermann Graduate Fellow, is on track to complete her Ph.D. in Higher Education and Student Affairs in 2019.

“My passion to help students develop into their best versions of themselves, contribute towards the gap in research, and the underrepresentation of African American women in the field of higher education is what called me into the field,” says Anderson. “As I continue to develop into a well-rounded scholar, researcher, and educator, I am open to explore future opportunities that will advance the field of higher education by providing equitable and transformative educational experiences for all students.”