Almost 20 graduate students in the University of Iowa College of Education showcased their research on topics relating to diversity in education during the 2019 Martin Luther King, Jr. Research Symposium.

“Sense of Belonging at a PWI: A Phenomenological Study of Graduate International Students from Iran” to “Interviews with Black, Female Pre-Service Teachers.” 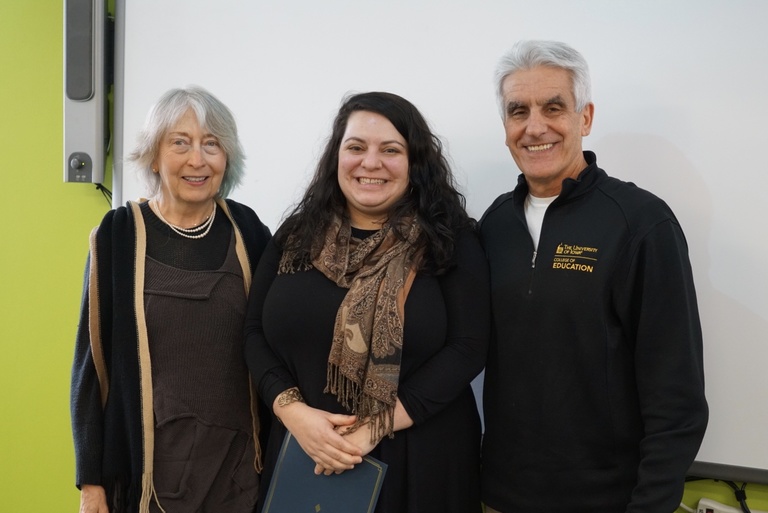 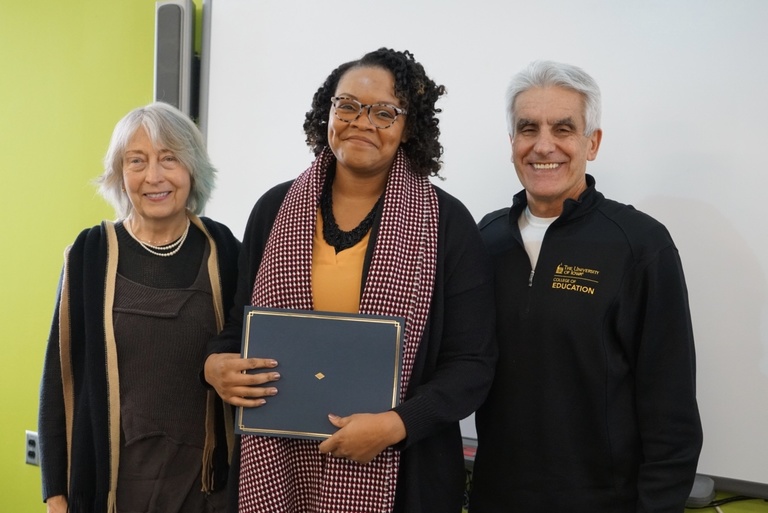 Krista Walker (image to the right) (Schools, Culture and Society) received third place for her study of "Unearthing the Existence of the Black LGB Individuals in Educational History."

welcomed everyone to the symposium.

“Many black females protested to open the doors for the current generation,” Pratt-Clarke says. “To create a world imagined and envisioned of Martin Luther King, Jr., we must not underestimate the power of voice in leadership. Much of Martin Luther King, Jr’s. power was in his words,” she says.” I believe we must refuse to be silenced, voice our concerns and become more courageous.”